DOCUMENTARY ON THE HISTORY OF AKAL TAKHT SAHIB (VIDEO)

In 1499, Guru Nanak Dev founded a unique religious faith rooted in the core values of universalism, liberalism, humanism and pluralism. The nine Gurus after him consolidated his teachings, further articulating the faith, thereby establishing Sikhism as a way of life.

Two hundred years later in Punjab at Anandpur Sahib, on the occasion of Baisakhi, the Tenth Master, Guru Gobind Singh formally instituted the Khalsa Panth of saint-soldiers, an egalitarian and distinctive social order, committed to peace, equality and justice for all. Today, on the site of this epoch-making event stands the majestic Gurdwara Takht Sri Keshgarh Sahib. April 1999 marked the Tercentenary year of the Birth of the Khalsa, an event celebrated all over the world.

To commemorate this event, the Government of Punjab envisioned the Khalsa Heritage Complex now known as Virasat-e-Khalsa at Anandpur Sahib as an inspiring tribute to the heroic and poignant saga of the Sikhs and the Punjab. The vision it offers the world and itself, can only be a crafting of the finest sensibility and aesthetic that convey both the incisive stand taken on behalf of Truth by the Gurus of the Sikh faith and the grandeur of its history. 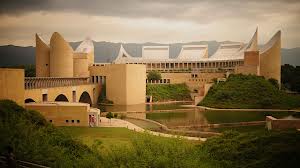 The Virasat-e-Khalsa, the first of its kind, will provide a space in which the impassioned drama of this heritage shall unfold. For the Sikhs, this Complex would serve as a reaffirmation of roots. For the non-Sikhs, it will be an inspiring journey into a spirited culture, providing a fascinating insight into the Sikh faith and its history.

Virasat-e-Khalsa is conceived as a repository of the rich heritage of the Khalsa its history and culture of the Punjab so as to inspire visitors with the vision of the Gurus, emphasizing the eternal message of the great gurus for the whole mankind.