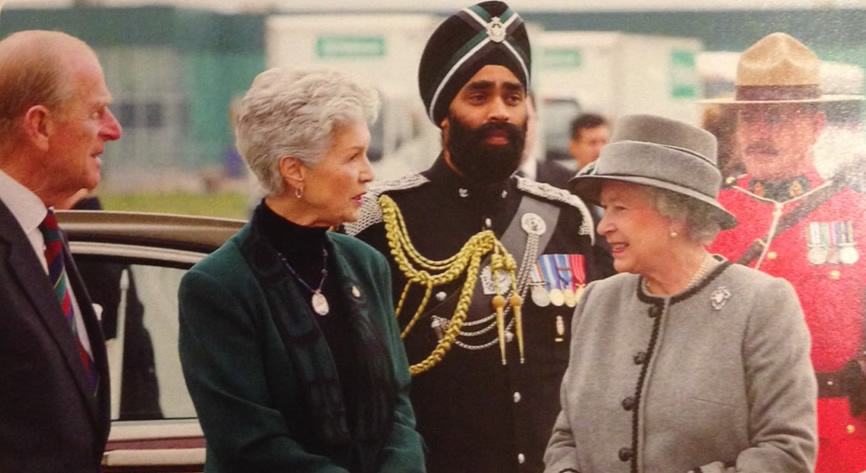 This article belongs to the Brave personality from Sikh religion. Sikhs have served through all subsequent wars up until the present day. Since the 1980s, observant Sikhs have faced difficulty in serving due to a discontinuation of exemptions to uniform standards which previously allowed Sikhs to maintain their religiously-mandated beards and turbans while in uniform.

Sikhs have served in the United States military at least as far back as the early 20th century, when one Bhagat Singh Thind, who though not a citizen joined the United States Army and served in World War I. Thind requested citizenship at the end of the war, being granted and revoked twice, before finally being naturalized in 1936.  Far larger numbers of Sikhs served in World War II, and all American wars following.

The ability of observant Sikhs to serve in the American military has, since 1985, been compromised by a discontinuation of exemptions to uniform standards which previously allowed Sikhs to maintain their religiously-mandated beards and turbans while in uniform. Currently, a Sikh doctor, Kamaljeet S. Kalsi, and dentist, Tejdeep Singh Rattan, are the only Sikh officers to be permitted to serve in uniform with beard and turban. In addition, Simranpreet Lamba was permitted to enlist, with exemption to wear his turban and beard, in 2010 due to his knowledge of Punjabi and Hindi.

“We never started a war before,
but we have finished many.”

Colonel Khalsa joined the U.S. Army in 1976 as a Private, and served in the Special Forces Unit for 10 years on Parachute Status, as a Battalion Commander overseeing an 800-person intelligence group, and also received a Meritorious Service Medal with Silver Oak Leaf Cluster Award, amongst many other honors. He is a graduate of the Army Officer Candidate School in Georgia, and was inducted into the Officer Candidate School Hall of Fame in 2004. Colonel Khalsa currently serves in the reserve command, and has therefore served in the U.S. Army for 33 years. 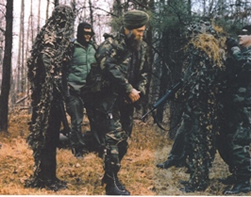 Sergeant Kroesen enlisted in the U.S. Army reserves in 1976 and was attached to the Signal Company, 11th Special Forces Group after which he successfully completed airborne (paratrooper) and Radio Teletype Transmission Operator training. He then completed his Special Forces Qualification Courses and became a Special Forces Communications Sergeant. He completed this rigorous training, and his Sikh articles of faith were never a hindrance to his service. Sergeant Kroesen subsequently completed schools, training, and missions around the world all with honor and distinction. He was honorably discharged from active duty in 1991.[/column] 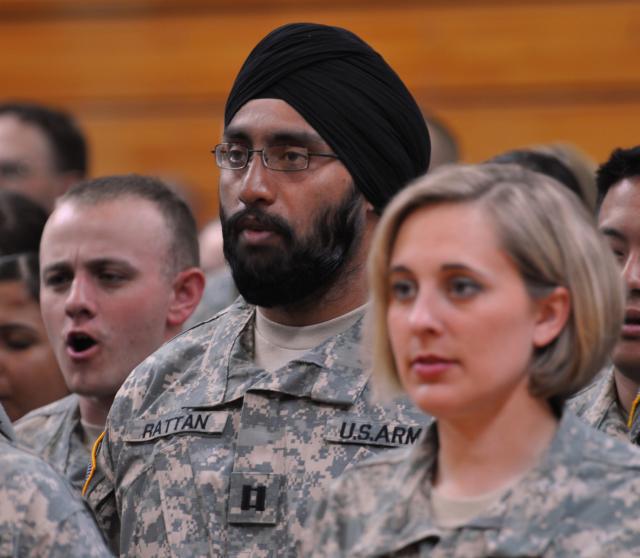 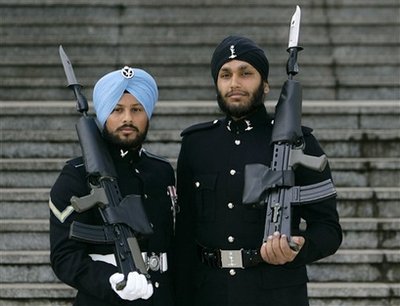 Jatinderpal Singh Bhullar, 25, has been allowed to break hundreds of years of tradition to observe his religion by the Scots Guards.

The Sikhs, or Sardarjis as they are known by some, aside from being great patrons of art, religion and scholarship, are known as the bravest people in India, and their women, among India’s most beautiful. The Sikhs have participated in India’s nation building for hundreds of years, fighting the British, serving in the military (the Sikh regiment is the most decorated regiment of the Indian army) and excelling in sports. And they have served as President (Gianni Zail Singh, veteran freedom fighter, 1982-87) and Prime Minister (Manmohan Singh) of India.