Anandpur Sahib to get ‘Tallest’ Nishan-e-Khalsa 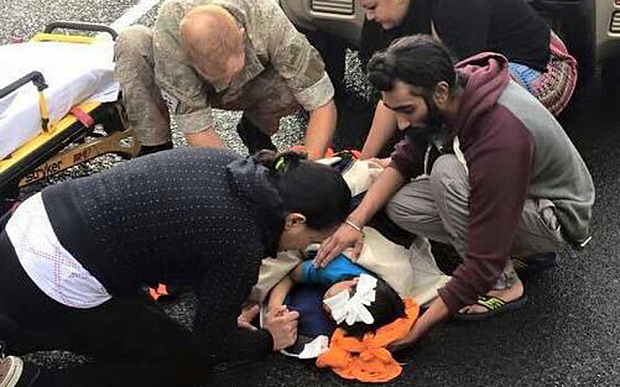 Touching moment a Sikh man breaks strict religious protocol and removes his orange turban to help save life of a five-year-old boy who was hit by a car .
Mr. Harman Singh, 22, did when he saw six-year-old Daejon Pahia lying on the roadside in Takanini, South Auckland, after he’d been hit by a car. Harman Singh removed his orange turban to cradle the bleeding head of boy. In Sikhism, turbans represent spirituality, honour and piety, and aren’t generally supposed to be removed in public. But Sikhism is also about helping the less fortunate,
Mr. Harman Singh said ‘I saw a child down on the ground and a lady was holding him. His head was bleeding, so I unveiled my turban and put it under his head’,’I wasn’t thinking about the turban. I was thinking about the accident and I just thought, “He needs something on his head because he’s bleeding”. That’s my job – to help he said. 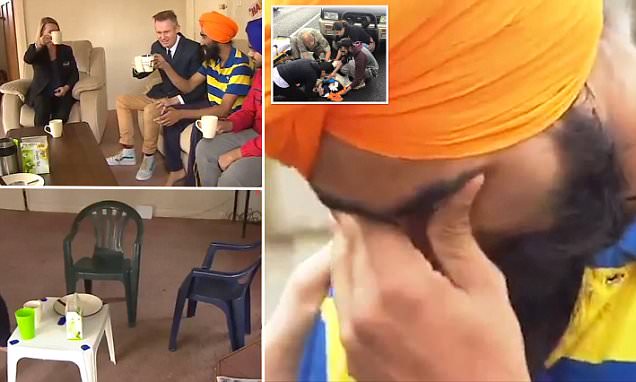 Interviewed by OneNews afterwards in his home, viewers noticed his apartment was sparsely furnished, with plastic lawn chairs and a mattress on the floor. The TV station recently returned for a second interview, this time bringing a Big Save Furniture van full of items donated by the New Zealand chain.The gesture brought Singh to tears. “Thank you, thanks a lot” he said, crying. “I’m very happy.” When the host told Singh, “You’re famous now,” he replied. “I’m not famous. My religion is famous.” Daejon, whom Singh recently visited in hospital, has had emergency surgery and is recovering from his injuries.