Anandpur Sahib to get ‘Tallest’ Nishan-e-Khalsa

Memorial for Sikh soldiers set to be unveiled in Staffordshire 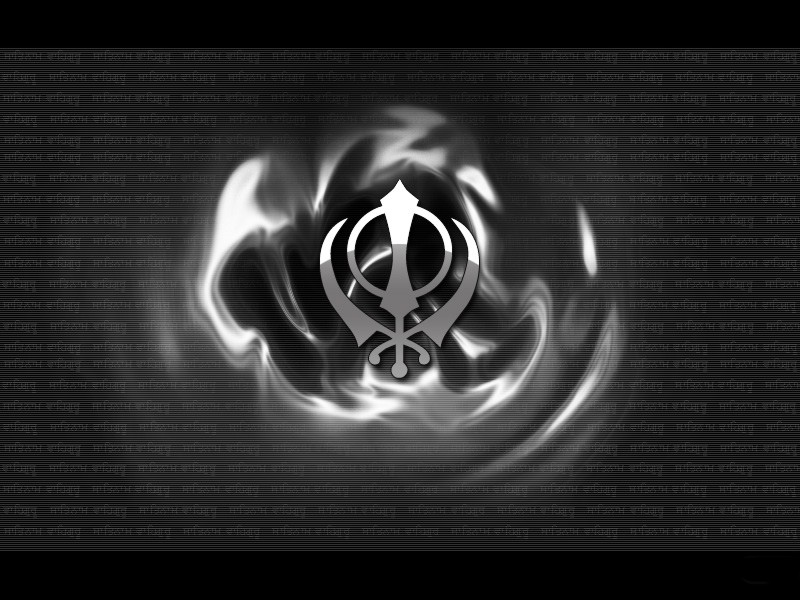 Duties of the Khalsa

In one of his poems, Guru Gobind Singh Sahib defines the Khalsa :

“He who repeats night and day the name of Him,
Who has full love and confidence in God,
Who bestows not a thought on anv but one God,
Whose enduring light is inextinguishable,
Who puts no faith in fasting and worshipping cemeteries and monasteries,
Who only recognises the one God and makes no fetish, Of pilgrimages,
alms, charities and austerities:
He is recognised as a true member of theKhalsa,
In whose heart the light of the Perfect One shines.”

Guru Gobind Singh Sahib laid down the following duties for the Khalsa :

I. The Khalsa is to worship one God and read Nitname (Five Banis) and daily meditate on the Name.

II. He is to keep the symbols (Panj Kakar) and to lead his life according to the Guru’s teaching. Gurmantra is Waheguru and the Basic creed is Mool-manlra.

III. He has no caste after joining the brother-hood ; he has to repudiate non-Sikh rites and ceremonies, and follow only Sikh practices.

IV. He is not to commit ‘any of the four misdeeds (Kurahat) namely, the shaving or cutting of hair, eating Halal meat, adultery and the use of tobacco or any other intoxi-cant.

V. He is not to commit any of the social offences (Tankhah), such as giving dowry, using liquors and intoxicants, raising monuments over graves and associating with apostates.

VI He must contribulc one-tenth {daswand) of his income for religious purposes.

VII He is to serve the sangat in all ways

VIII He must practice arms and be ready defend the weak.

The Khalsa was a saint-soldier wedded to the two-fold ideal of Bhagti and Shakti. He was to combine self-respect with humility.Guru Gobind Singh Sahib though a creator of the Khalsa regarded himself as their servent . He says, ” To serve them pleases me the most; no other service is so dear to my soul.” Like a loving father, he was prepared to forgive the sudden lapses of the Khalsa as in the case of the “Forty Immortals”, whom he claimed as his own in the nick of time. The Khalsa was given a position equal to that of the Guru. The Guru consists of two parts : the body and the Name. The Guru nominated the Khalsa, as his body and Guru Granth Sahib as the embodiment the Name. That is why we use the title of Guru-Khalsa. The Guru acknowledged his debt to the Khalsa in one of his verses.

“It is through them that I have gained experience ; with their help I have subdued my enemies. Through their favour, I am exalted, otherwise there are millions of ordinary humble men like me.”

Meaning of Symbols: Symbols or outward signs are a mode of discipline. A person who enters the Panth (Khalsa Community) will gladly embrace all its tenets and symbols. Symbols test the disciple’s firmness and strengh of faith. They indicate the type of character the wearer should have. He must be proud of being a Sikh, even though it may cost him his life. Secondly this common appearance and uniform ensures easy recognition One can easily spot a Khalsa in a crowd. Each symbol has its own use and psychological significance.

BAPTISM BY SWORD
The Sikh initiation ceremony, begun by Guru Gobind Singh in 1699, is an elaborate one. Five Amritdhari Sikhs, those who have already undergone initiation into the Khalsa fold, recite prayers and stir a double-edged sword in a bowl of sugar water called Amrit (nectar). After the recitation of prayers ends, those Sikhs who seek to undergo initiation drink out of the same bowl. Expected to have an understanding of the responsibilities of being a Khalsa Sikh, the initiated ones promise to live a life of purity, in accordance with the teachings of the Gurus. The Khalsa are widely regarded as saint-soldiers; not only have they vowed to live by the principles of Sikhism, the Khalsa historically stands ready to defend the defenseless, and themselves, with the use of force if necessary.

Guru Tegh Bahadur, the ninth Sikh prophet who sacrificed his life in defense of the Hindus’ right to practice their religion in the face of persecution by the Mughal rulers of India, wrote concisely:

This is, essentially, the abiding principle of the Khalsa.

EMBLEMS OF THE FAITH

Khalsa Sikhs keep five emblems of their faith intact on their bodies at all times. These collectively form a uniform for members of the community of “Pure Ones.”
1.Kesh – Uncut hair. Historically, unshorn hair was a sign of spirituality and sainthood; this is consistent with the concept of saint-soldier in Sikhism. Also, keeping one’s hair intact indicates resignation to the Will of God.
2.Kangha – A small wooden comb used to keep the hair tidy at all times. Typically worn underneath a turban, this represents cleanliness; and as such, is a practical way to look neat and pure at all times.
3.Kach – Long undershorts typically worn by soldiers to ensure freedom of movement.
4.Kara – A steel bracelet worn around the wrist as a reminder of one’s faith.
5.Kirpan – A saber to be used as a last measure of protection in case the need to defend oneself, or another, arises.

Sikhs who have taken Amrit vow never to take intoxicants, cut their hair, commit adultery, or eat meat prepared in the Muslim fashion. Sikh men take as one of their names, Singh (lion); women take the name, Kaur (princess). Sikh men are also required to wear a turban over their uncut hair. Once considered a sign of royalty, the turban is an article of distinction which should be worn with pride, as it was given to Sikhs by their Guru.

The uniformity among initiated Sikhs serves as a source of strength and solidarity. It also consolidated the Sikh identity into a viable religious, social, and political entity. The tenth Guru; however, warned the Khalsa about losing its distinct identity. Such an occurence, cautioned the Guru, would strip the Khalsa of all its power.

Bhai Nand Lal, a contemporary of Guru Gobind Singh, wrote the following description of the Khalsa:

The spirit of Guru Gobind Singh, creator of the Khalsa, which resides in the collective spirit of the Pure Ones, and the devotion to God which binds these faithful saint-soldiers, are the common denominators of the Khalsa tradition.