The Power Behind Kindness: Balpreet Kaur at TEDxOhioStateUniversity 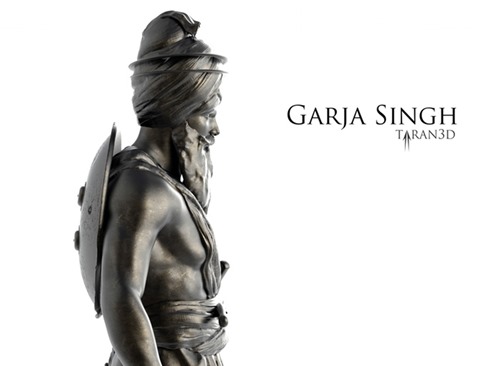 Taranjit Singh is a digital artist based in the UK has an impressive portfolio of Sikh related digital designs. He produces impressive figurines of the famous Bhai Garja Singh, companion of Bhai Bota Singh, hailing from the 18th century.

The Model was designed by Taranjit Singh in 3D visualization software commonly used for architecture work and film VFX Platform. The statue depicts Garja Singh with shield on back holding 2 swords and dressed in the traditional simple dress of the time period. Model of Bhai Garja Singh also 3d printed so that a mould can be made in a bronze statue and will stand at 30cm tall. 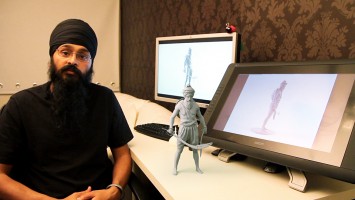 Bota Singh and Garja Singh are famed for their single handed challenge to the oppressive ruling regime of the time. Keeping their swords in their sheaths and arming themselves with only staffs, they fought off the cavalry and infantry of a 100 man contingent. They eventually succumbed to their injuries and laid down their lives, but not before propping their broken-boned bodies against each other, back to back, to spend their last few breaths dealing a few more deathly blows to the shocked soldiers who had come to ‘arrest’ them.

Taran Singh stated that he wanted to capture the strength and grandeur of the old shaheed Singhs, who were renowned for their bravery and acts of valour and give them a place in people’s homes. He believes that it is important to engage with young people in new and innovative ways to help them connect with their culture and heritage. He sees the statue as a way of re-telling the story of Bota Singh and Garja Singh in a new and positive way. The kickstarter Campaign aims to raise £11,500 which is the minimum required to mass produce the statues. it would cost too much to create stock and then sell the statues instead a crowd funding campaign was the ideal way to fund the project and also determine how much demand there is for this type of art without risk. 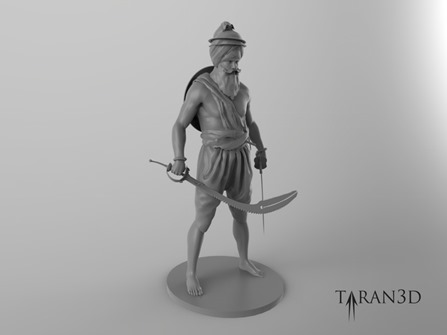 “Sikh history and art are my passion and I have always been inspired by stories about the brave Sikh warriors who rose to forge their own Sikh empire in Punjab during the 1700’s. I wanted to create something that would remind people of their bravery and celebrate their inspirational sacrifice. This is my way of sharing their story with the next generation.” said Taranjit Singh.